Costa Rica, now 3 weeks traveling, second country, second stream of thoughts. Although I have already had a thousand thoughts and more, I never had the possibility to write it all down. If my memory could work like a hard disk on a computer, I would definitely write a book someday. We left Nicaragua behind us and somehow I am happy for it but that doesn’t mean I don’t appreciate it. I absolutely noticed that Nicaragua is one of the poorest countries in Central-America but most of the time I felt safe, people were friendly although sometimes I didn’t understand a word of what they were saying and the nature was pretty amazing. Connaisseurs would say Nicaragua still is the pure Central-American thing which maybe means as much as: everything is very cheap, not so well-developed, unorganized, hot like hell and people only speak Spanish.

In general I would say most people seemed very happy and that is exactly what a lot of fellow travelers said as well; people have so little, but are so happy. However, I guess these tourists only went sightseeing in the ‘tourist zone’ of the city where they have nice palm trees and clean boulevards. If they would have gone one street away from that boulevard, they would be in a barrio where tourists aren’t supposed to go (but we did). Here you could see the real Nicaragua; people living in small rusty ‘houses’ with no running water. And why did they not have running water? Because those resources went to the hotels where there was running water 24/7. Cab drivers didn’t want to bring us to the barrio of the school we were going to visit in Granada for some reason. Teachers get two white board markers per year and have to break the colored crayons in pieces so all children could get to color. In the market I see women selling old fruit and vegetables, cookies and other food just to make it through the day. I see men standing side by side squeezed into a bus with no ventilation to get from A to B. In Managua and Granada I saw sports cars worth 70,000 – 100,000 dollars next to people riding underfed horses. Are people then really that happy? Or do you thing something went wrong? In Granada we went to a small chocolate museum where the history and development of the cacao-beans and chocolate was explained. As a European I felt ashamed reading that it was the Spanish who conquered the region and enslaved the people to get more and more cacao because there was an ever-increasing demand in Europe. Seeing all those extreme differences between nature and pollution and rich and poor troubles my mind and makes me realize how fucked up things are. It also makes me realize that I should be grateful for the opportunities that I got and how lucky I am coming where I come from and to be able to see what I am now seeing every day. It is always better to know than not to know, although sometimes you might be better off not knowing.

Nicaragua is beautiful, no doubt. However seeing all people throwing away all their trash out of the bus and car windows disgusted me. We went to see some volcanoes, boiling mud pools, a great mangrove reserve with lots of living creatures. However, where people came, there was plastic everywhere. Besides the main road, everywhere in every village or city, remote roads, the coast line etc. Knowing the current situation of Nicaragua (not good but improving) and the speed on how human behavior and culture can change together with the speed of how plastic decomposes in nature, the following thought crossed my mind; isn’t this country just doomed? Like it is literally too late to clean this mess up and we have ourselves to thank for it? And to make it even better, in December 2014, construction of a new canal started going from the pacific to the Caribbean which literally will cut Nicaragua in half. This will also destroy the entire biotope in and around Isla de Ometepe, because the lake will be exposed to the salt water from the Pacific Ocean. The project is mainly in hands of the Chinese and it is supposed to finish in 5 years and it is supposed to surpass the capacity of the Panama Canal. The simple question is: why? Will it make the world a better place?

Things are starting to go more up and down now. In the beginning it felt like everything was neutrally ok, even if it was good or bad, like there was some kind of ‘I don’t care attitude’ in my head all the time. I really try to enjoy the nicest moments but at the same times there are so many moments which are absolutely not nice as well. But the good moments are coming more and more. I am pretty sure it is all those geckos to blame! They are everywhere, not even one hostel I have been so far where I didn’t see them. In Granada there were a lot, in San Carlos they were eating bugs, in La Fortuna they were under my bed and making strange noises behind the curtains. They crawl around not seeming to be affected by gravity with their transparent bodies and licking their eyeballs all day long (because did you ever see a gecko wink?). Enough about geckos, you can see them on the discovery channel as well (but they are much more fun in real life). Our travelling pace is already much better than all the rushing in the beginning but at the back of my head the deadline of catching our flights to Buenos Aires and Ushuaia still feels like a bitch. Seeing and experiencing a country is impossible to do in two weeks but we make the best out of it. And as long as I see enough coloured frogs (and more geckos!) I will be a happy man. Although I am looking forward to the time where there are absolutely no planes to catch or deadlines to meet. I already understood that every country and every part of this trip will be very different and that I will put my chameleon skills to an expert level. Pick a colour, adapt to your new environment as quickly as possible and Carpe Diem…

Waiting is ignoring of what is to come. (H. Brusselmans) 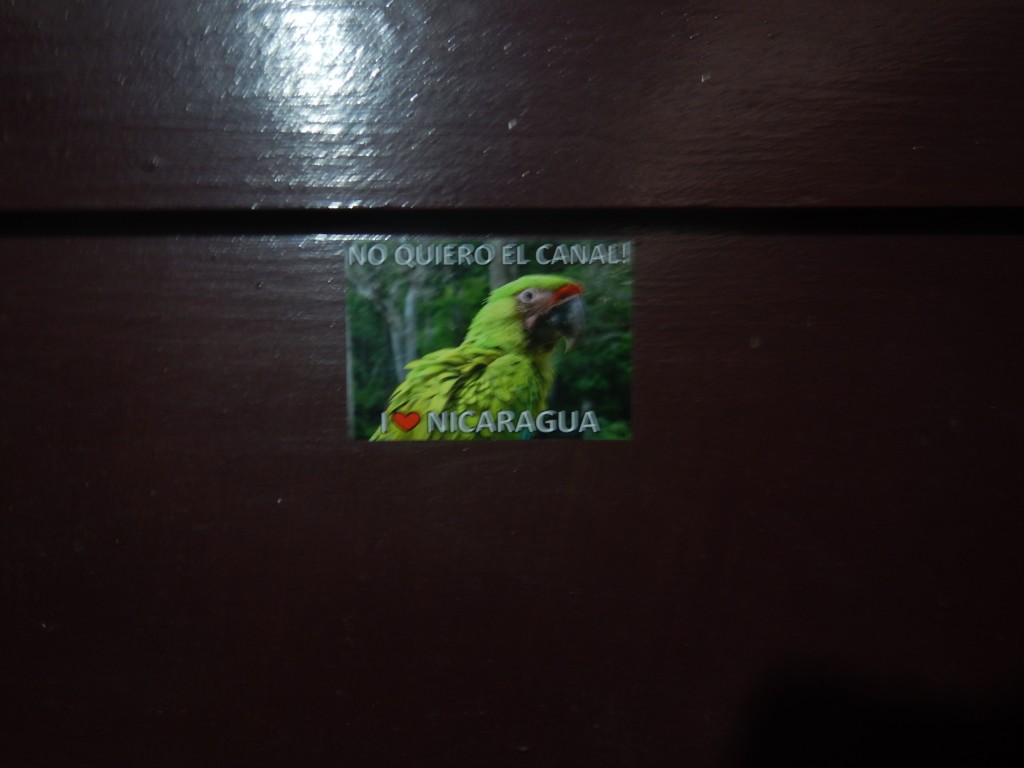 2 thoughts on “No quiero el canal!”

Over ons / About us

Time on the road!